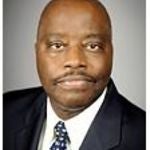 AMERICAN IMMIGRATION LAWYERS ASSOCIATION MEMBER:  Immigration law is a specialty. I consider membership in this organization to be a requirement to stay on top of my game; keep my library updated, and get updates on significant issues that a person will only know if he is getting updated New Jersey chapter information. I do not take many new deportation cases.

NEW JERSEY STATE BAR ASSOCIATION MEMBER: New Jersey requires private attorneys to take a certain amount of Continuing Legal Education Courses.  Membership gives me a discount on courses and helps me stay abreast of the law.  Membership also permits me to conduct legal research on the site. I take as many CLEt.

Criminal Defense:  A third party may pay the fee, but I only discuss the facts of the case and the strategy of the case with the Adult client.  If I discuss the case with another party present --- I may lose attorney-client privilege.  Clients who are not married to their girlfriends/boyfriends are instructed to refrain from speaking about the case to them or family members.  Paying money for the client fails to affect me or give the third party any special rights.

Juveniles:  I always inform the parents about the case when a juvenile is being charged with a crime.  If the person is a young adult, I will talk to the parents as it relates to the plea but not the facts of the case.

Immigration Clients: In immigration court, I will speak with girlfriends and relatives.  I often need their support to get supporting documents, and in some cases, the citizen relative is essential for immigration relief. I have represented people from all parts of the continent and many different religions.

Appeals Clients:  The trial record and the decision's legal basis are the most important documents for an appeal. I will discuss with the client and family members their opinions as it relates to the trial.  Usually, both parties want to attack the lawyer, the judge, the prosecutor, or all.  You have entitled to a fair trial but not a perfect trial.

The New Jersey Supreme Court reversed the Appellate Court ruling to render a de novo opinion as to the relevant statutory law. The goal in all cases is to dispose of the case before trial or at trial---the higher up the Appellate chain the case goes, the more money and time is spent, and statistically, the less probability that a person has that the case ruling will be favorable.

THE GOAL IS NOT TO GET YOUR CASE TO THE APPELLATE LEVEL. BUT ---WIN DECISIVELY AT THE LOWER LEVEL. THE HIGHER IT GOES THE HARDER IT GETS!

Counsel has successfully obtained relief for clients for Asylum, Convention Against Torture (person committed aggravated felonies)(rare), and Cancellation of Removal.  Counsel has also reopened the case through Appeal to the BIA and obtained Stay of Deportation through DHS (Difficult).

The Attorney must conduct research, affidavits, brief writing, motion practice, and sometimes investigations to effectively represent a person in Immigration court.  The Judge is the trier of fact, the authority regarding the application of law to fact, and sole decision-maker regarding relief.   Judges hear a lot of cases and are knowledgeable.

The lawyer must be well-prepared or the client will certainly lose.  You can not wing an immigration proceeding. If a client does not show up for a hearing---he/she can be deported in absentia. Statistically, clients with lawyers stand a better chance of winning than those without lawyers.  However, ultimately the compelling facts of the case as it relates to the legal underpinnings of Immigration law are the determinative factor.

The easiest way to lose an immigration case is to lie.  Judges have heard most of them and they are likely to apprehend the insincerity. Never underestimate DHS---they have many research techniques at their disposal. The lawyer can help assure the integrity of the client.  Many people who are seeking relief are desperate, and the incentive to fabricate is understandable and human.

The United States Immigration laws have myriad ways that a person without status can legally obtain status.  However, obtaining a criminal record complicates the process for not only undocumented people but also permanent residents.   Generally, the definition of Asylum includes the requirement that he or she is unwilling or unable to return to his or her country because of past persecution or a "well-founded fear" of persecution on account of race, religion, nationality, membership in a particular social group ,or political opinion.  As mentioned above, I do not take many new Deportation Cases.

TRIAL AND PLEA PHILOSOPHY FOR CRIMINAL AND CIVIL COURT

My high school American history teacher who was also a very confident but humble lawyer taught me a lesson at an early age.  He was a World War II purple heart combat veteran, but he defended conscientious objectors during the Vietnam War Era.  He was courageous and intelligent, but not a braggadocio.

On a historical note, former President John Adams defended British Soldiers accused of perpetrating the Boston Massacre---he was the only lawyer who would take the case. Most of those British Soldiers were acquitted or received light sentences. Similar to some contemporary events a lot of questionable propaganda attempted to influence the Criminal Justice system. The British Soldiers were unpopular in the colonies, but they deserved effective legal representation.

My values are antithetical to many of the people who I have defended in the Criminal Court, Immigration Court, and Civil Practice   It is not my duty to judge people--in time we will all be Judged--- but to assure that people are effectively represented as supported by the United States Constitution and New Jersey State Constitution.  I represent all people.

In New Jersey if you can afford a trial you put your future in the hands of a jury and judge.   You are "guaranteed a fair trial but not a perfect trial." (Justice Rhenquist).  Judges and lawyers do their best to obtain a fair and impartial jury, but there is no guarantee.  I recently tried a case where amazingly the juror after the trial verdict was so bold as to put her real name in the comment section of the online Star Ledger  Article, stating that she was a juror and opine regarding jury deliberations, and other issues first in the Star Ledger and later on her public Facebook page.  If I recall correctly the juror mentioned the movie "12 Angry Men" explaining jury functions on her facebook page.  Sometimes in a trial and case what the client does not see or hear is more important than what they do.

I personally do not want juries to operate like the movie "12 Angry men", but the above juror may have something. The movie is good.

A trial lawyer must be more than a lawyer he must understand juries, and that takes time and practice.  The client should hire a jury specialist who investigates jurors and are expert in weeding out jurors with predisposed views, inclined to disregard jury instructions, or worst of all want to be on juries because they have an ax to grind.  Part of the reason trials take so long is that case law over the years has put in many procedural safeguards that should be followed in selecting juries. The effective representation of the client is the only thing that should matter to the Defense lawyer.

The ethics laws are evolving regarding how much investigation an Attorney is required to investigate a sitting or prospective juror.  However, 17 states currently have incorporated into their ethical rules a general duty of technology competence, which arguably concerns conducting Internet research of prospective and sitting juries. New Jersey Law Journal "Could Failing to Google Potential Jurors Land You in Trouble?" (May 23, 2016)

Technology has in many cases outpaced the malefactor's intellectual ability to commit crimes without consequences. Fortunately, technology has also exonerated some wrongfully convicted people..

Quote of the Day:

"The problem basically is theological and involves a spiritual recrudescence and improvement of human character. . . .It must be of the Spirit if we are to save the Flesh.

"Everything should be made as simple as possible, but not simpler."

Call me. I give free consultations for most criminal law matters and personal injury cases, but I charge a   fee for most Immigration and Appeals consultations.

Thank you for contacting us. We will get back to you shortly.

Please complete all required fields below.